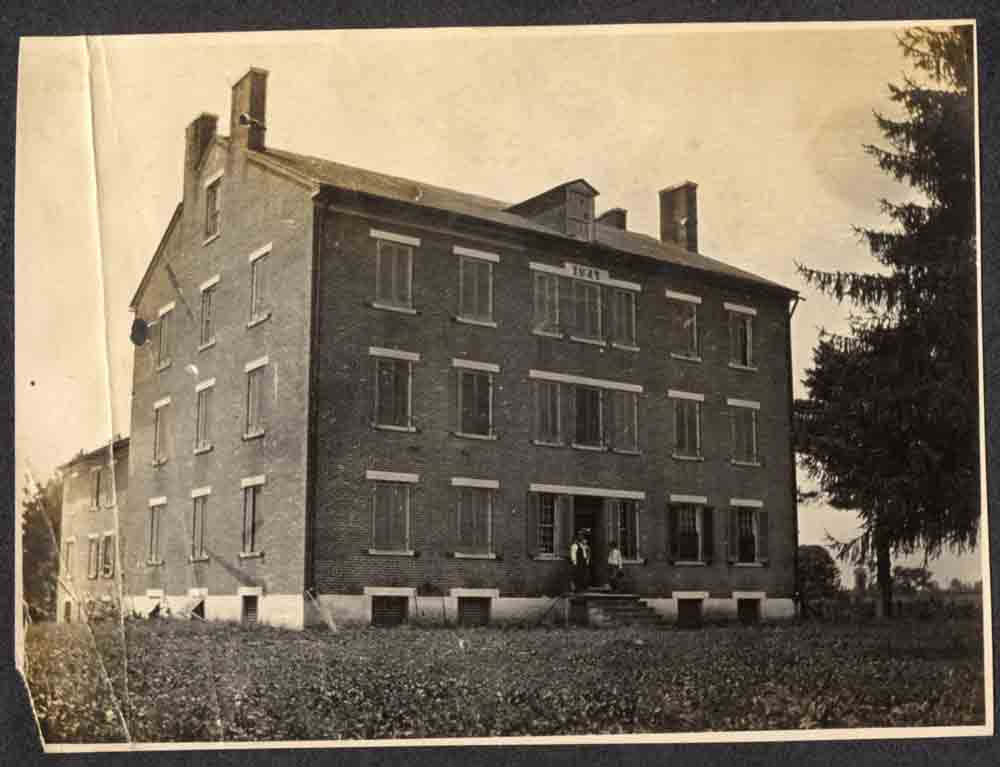 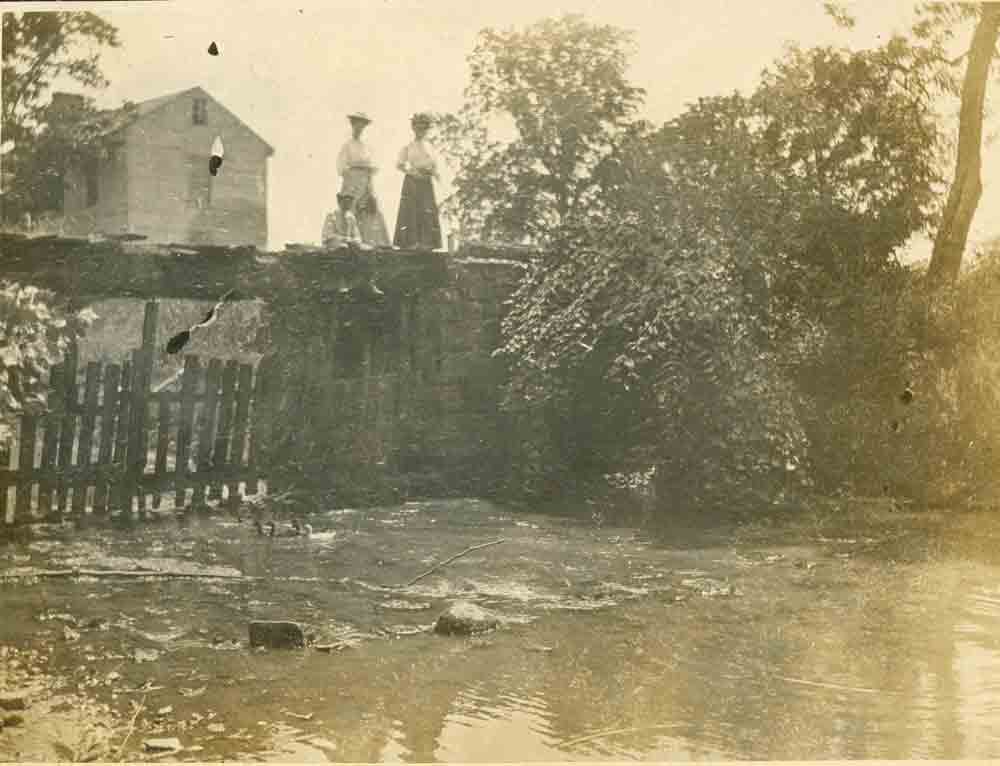 [pictured above: the 1847 East House, the largest of the village’s dwelling houses and the view from the Community’s mill dam and looking east toward the 1812 Bridge]

Thanks to the generosity of Cathy Mathias, SUSV now has two more historic images in the library collection. Taken ca. 1910 by Corinne McCreary Barr, the great aunt of the donor, these South Union photographs were discovered in an album primarily made up of Bowling Green, Kentucky images. When Ms. Mathias began posting examples from the album on Facebook last spring, it was immediately apparent that these photos were made at South Union.

At right is the 1847 East House, the largest of the village’s dwelling houses. Visible on the front steps is a group that includes people in the photographer’s party and Bro. John Perryman (1840-1916), who lived in South Union’s East House. The East House was home to seventy Shakers when it was completed in 1850, but by the turn of the century less than a dozen members lived there.

The second photograph made at South Union by Mrs. Barr is even more of a rarity. Taken from the Community’s mill dam and looking east toward the 1812 Bridge, Mrs. Barr not only captured her guests but an unknown village building in the background. The two story frame structure could possibly be the 1867 Miller’s House, built to house a hired miller and his family. This is the first known photograph that includes structures at South Union’s mill site other than the dam itself.

We are most appreciative of the donation of both historic photographs by Cathy Mathias.