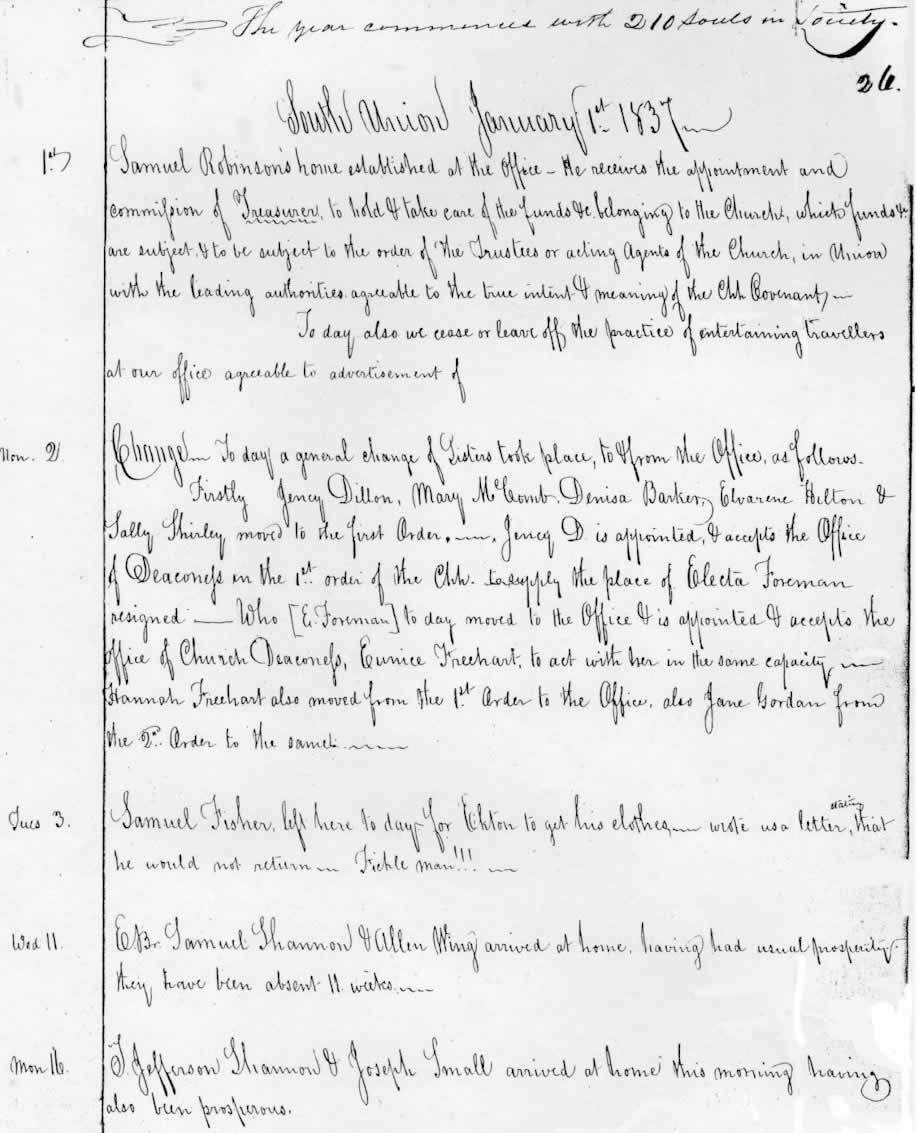 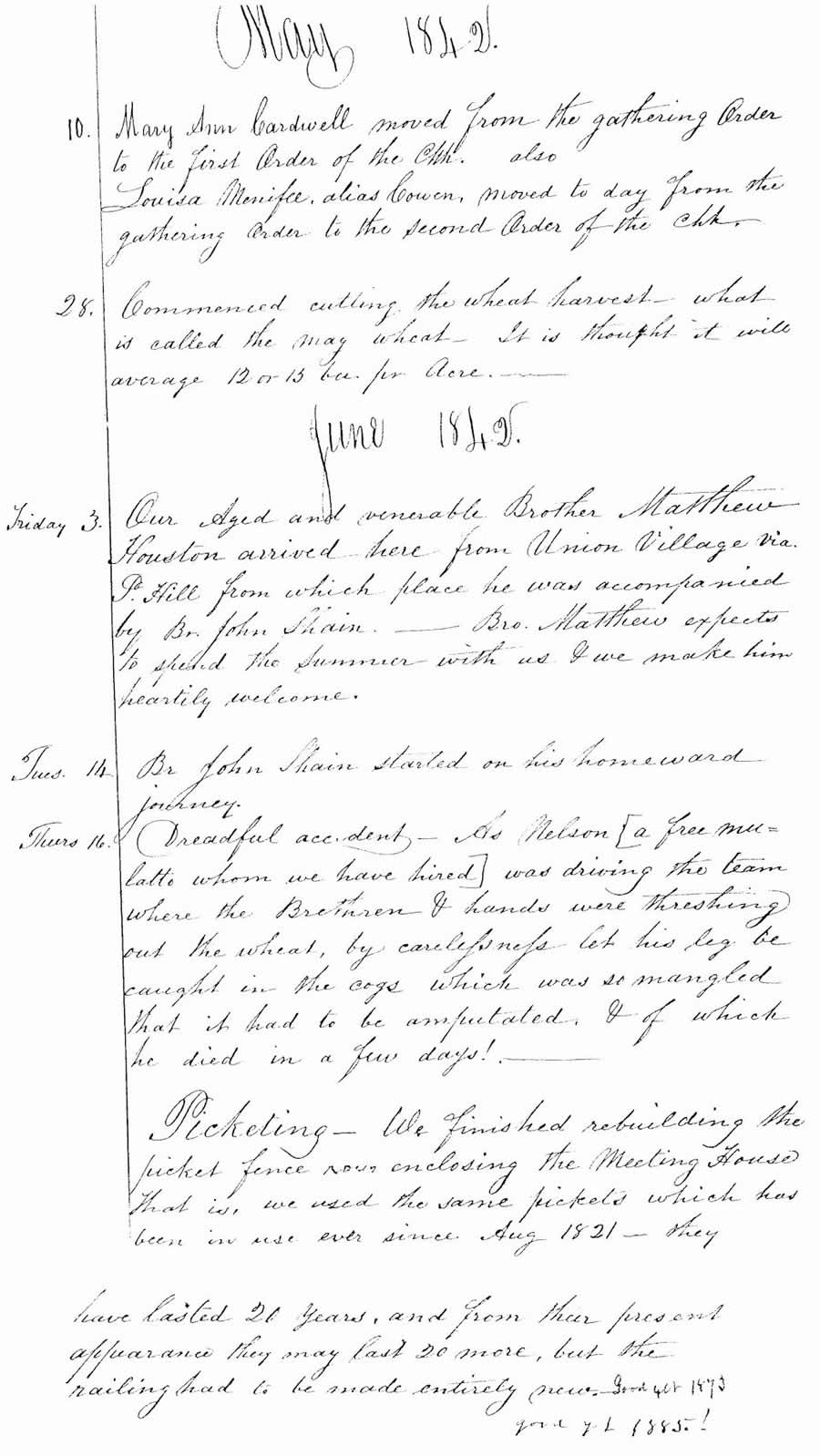 Each Shaker Society kept a journal of the events happening in or around the community. These entries often included notes on the weather, crop information, building plans, arrivals and departures of members and guests, new rules, and other pertinent information. There were often several journals kept at each community covering each of the Shaker families, business areas, and spiritual and temporal concerns.

At the start of each year, the Shakers made many personnel changes and the page to the left illustrates some of them.

Below is a transcription of the May—June 1842 journal. Explanations and clarifications are in [square brackets] but the (parenthesis) are a comment by the journal writer.

28. Commenced cutting the wheat harvest—what is called the May wheat—It is thought it will average 12 or 15 bu [bushel] pr. acre.

Friday 3. Our Aged and venerable Brother Matthew Houston arrived here from Union Village via P. [Pleasant] Hill from which place he was accompanied by Br. John Shain.—Bro. Matthew expects to spend the Summer with us & we make him heartily welcome.

Thurs. 16. Dreadful accident—As Nelson (a free mulatto whom we have hired) was driving the team where the Brethren & hands were threshing out the wheat by carelessness let his leg be caught in the cogs, which was so mangled that it had to be amputated & of which he died in a few days! Picketing—We finished rebuilding the picket fence rows enclosing the Meeting House—That is, we used the same pickets which has been in use ever since Aug 1821—they have lasted 20 Years, and from their present appearance they may last 20 more, but the railing had to be made entirely new. Good yet 1873 Good yet 1885!

[These updates provided by Harvey L. Eades as he re-copied the journals in later years.]